California Exodus: Where Are Californians Moving to 2021? 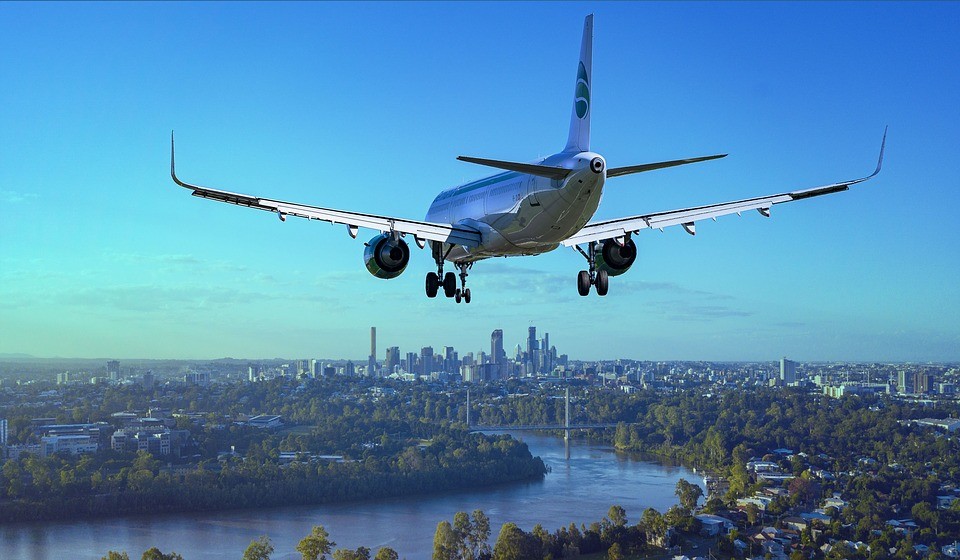 Over the last few years, the rate of Californians moving away from the city has been quite alarming. Although California is a beautiful city with amazing scenery, beaches, and state-of-the-art infrastructure, this trend continues.

The near-perfection of the city has left experts amazed at why there is a high exodus rate in a place with one of the best economies worldwide.

In 2019, for instance, 650,000 California residents moved away from the state, and only 480,000 moved in from other parts of the country. If these figures are anything close to accurate, that’s a 200,000 decline in California’s population.

There hasn’t been a significant change to this trend. If anything, it’s getting even worse, with businesses and billionaires like Elon Musk leaving California for Texas.

If you’re a seller with the question: is it a good time to sell a house in California? The answer is yes, and real estate agencies like Property Escape can help make that more manageable than you think.

If you’re a California resident willing to follow this trend, these statistics probably won’t matter that much to you. Instead, you’ll be more interested in getting an answer to the question: where are Californians moving to 2021?

Who Is Leaving California?

People mostly leave California for economic purposes. Most folks leaving California in 2021 earn lower incomes than those moving in.

The logic for this is simple; California is getting too expensive for the average person. Unless you make enough money to be relatively well-off, living in this state can be a hassle. Californians pay higher income tax and generally have a higher cost of living than most other states in the US.

Besides people relocating for personal reasons, companies, businesses, and notable individuals move out of the city. Companies like Oracle and Hewlett Packard Enterprise have recently moved their headquarters from California to Texas.

Some notable celebrities have also decided to move out of the state recently. While most of these moves have personal motives, it’s no doubt that the high costs of living in California are also a critical factor in their decisions.

Some of these celebrities include couples Kanye West and Kim Kardashian. They left primarily to escape taxes and avoid the harsh regulations in California affecting their charity organization’s proper functioning.

Famous Podcast host Joe Regan also left the city for Texas. Joe cited the derailing economic condition of the town and other rising economic and social challenges as the reasons behind his decision.

Billionaire Elon Musk also shocked the world by announcing that Tesla’s headquarters will move from California to Austin in Texas on the 7th of October. The critical factor that necessitated the move was the high cost of acquiring and maintaining an apartment in California.

Where Are Californians Moving to 2021?

If you’ve noticed Texas being mentioned a few times in this article, that’s because it’s the leading destination for people moving out of California. However, Texas isn’t the only place to which moving Californians are relocating. So, where are Californians moving to 2021?

Texas is the leading destination for people moving out of California. There are many reasons why this may be the case, but some of the most obvious ones include the abundance of employment opportunities, affordable housing, and the rapidly growing economy.

Additionally, the crime rate in Texas is lower than California’s. All these factors contribute to Texas being the top destination for people moving out of California.

Over the years, there have been significant variations in the number of people migrating from California that it’s getting pretty impossible to calculate how many Californians move to Texas annually.

In 2019, 9.1% of all outbound Californians relocated to Arizona. The weather is friendly, and expenses are way cheaper than in California. The median house price in Arizona is around $350,000, which is considerably lower than California’s.

The recent technological innovations also make it a considerable prospect for relocating Californians, and it is also an attractive destination for corporations and firms.

The primary motivation behind the relocation of Californians to Washington is job availability. Washington is home to business giants like Amazon, Microsoft, Starbucks, and others.

Most importantly, income tax is nonexistent in Washington. Heightened job opportunities without paying significant chunks of your paycheck to the state government are enticing reasons to leave California for Washington.

Nevada is another top destination for people moving out of California. The reason for this isn’t far-fetched; the low cost of living and transportation remains a standout factor. Like Washington, Nevada currently has no income tax, while California still stands at 13%.

In the first half of 2021 alone, more than 20,000 Californian documents, including drivers’ licenses and ID cards, were turned in to Nevada’s. This statistic paints a good picture of the severity of the California Exodus 2021.

The cost of living in Oregon is way higher than the national average, and the median price of a home is as much as $536,900. In smaller cities, like Salem, the median home cost is $354,500. With all these statistics painting a negative picture of the state, you may want to ask: why are Californians moving to Oregon?

The reason is simple: California is a more expensive place to stay than Oregon. While the median home cost in Oregon is already outrageous, California blows it out of the water, with hers being over $880,000.

For mid to high-income workers, California is bearable. Since it doesn’t provide the needed value for money, expensive alternative states like Oregon quickly draw from its population, making California obsolete.

Why Is Everyone Leaving California 2021?

Hundreds of thousands of people are leaving California in 2021 for several reasons. However, some critical factors are driving the migration of most Californians, and we’ll outline them in this section.

From organizations to high and low-income individuals, here are some of the main reasons why everyone seems to be leaving California in 2021. 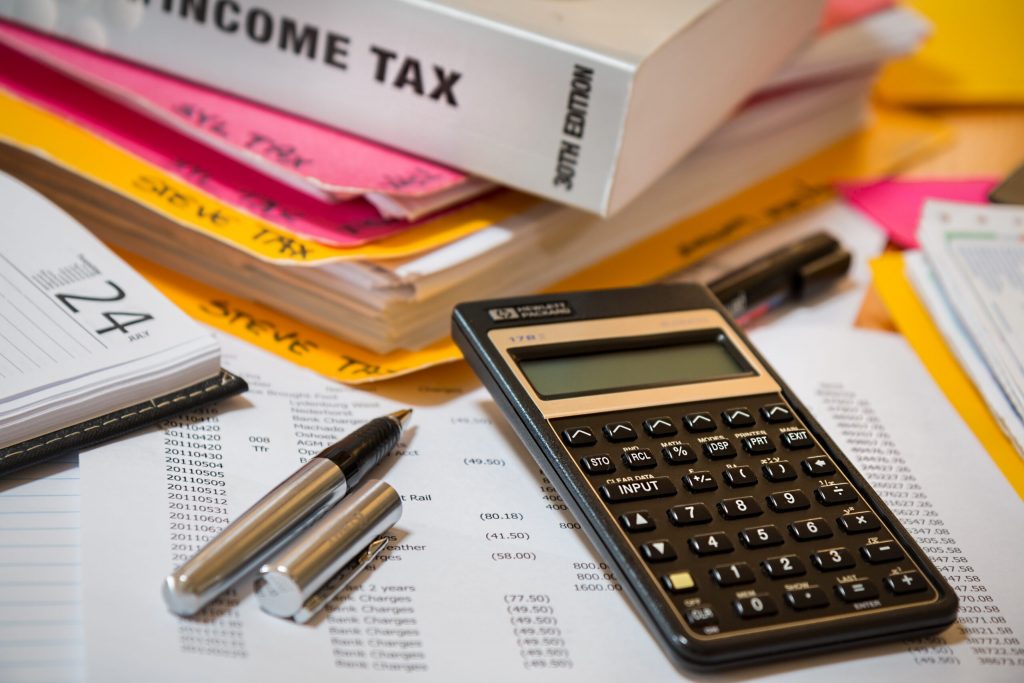 With many big and small business owners struggling to recover from the effects of COVID-19, a 12.3% income tax is on the high side. While many residents are barely coping with these near-unbearable rates, California legislators are pushing for even higher tax rates to make the situation worse.

California, along with Hawaii, makes the two states with the highest tax rates in the United States. Since most people aren’t willing to devote most of their earnings to the government, it’s only logical that they move.

If you’re like most people in the United States, residing in California might be much of a challenge. Statistically speaking, the median cost of a home in California is $600,000. The average rent in California is $2,800, which is almost twice the national average of $1600.

A recent bill to increase the income tax on individuals to 17%, while some other states charge way lower, is one of the harsh government policies that inspire Californians to move.

California’s crime rate is currently on the rise, thanks to the effects of COVID-19. Residents have questioned the competence of law enforcement agents in handling critical cases. They frown at legislation restricting their rights to self-defense, even when faced with a threat.

Naturally, people move to safer areas with more family-friendly neighborhoods. Since California doesn’t feel too safe anymore, the most logical option is to find safer states.

This unwelcome statistic makes California scarier, and the government isn’t doing anything to mitigate the apparent problem. This development has inspired many and will encourage even more to move from California to states with jobs and more affordable homes.

With the rise of California exodus 2021 statistics and a lack of affordable living options for residents, it’s no surprise that more people are moving out. We hope this post has helped you make an informed decision about whether or not to relocate and where to go if you do decide on leaving the Golden State.

Anything else we can help with in your search for a new home? Please don’t hesitate to reach out!

Podcast whisperer and a smile producer, Tomás Fonseca takes his Portuguese sway into all of his interactions. I guess that's what it makes him likeable...or so he thinks. Tomás probably travels more than works, but we are fine with it. 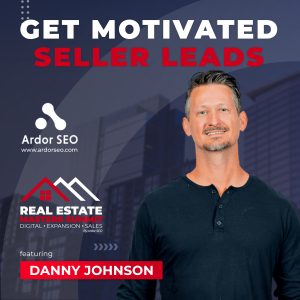 Manage your leads like it’s 2021. Comes a time when scrapping notebooks END_OF_DOCUMENT_TOKEN_TO_BE_REPLACED

What is Proptech? ft. Gil Sperling

Digital marketing spends excelled traditional marketing in 2020 – in the US, END_OF_DOCUMENT_TOKEN_TO_BE_REPLACED

GET READY FOR THE NEXT SUMMIT!

Reserve your Free Ticket for our next summit and get notified before it launches!

Find out how to dramatically grow your business the easy way, from the leaders in real estate through a 4-Day Free Online Multifamily Summit! Sign up for your free ticket here.

Note: Confirmation will be emailed to the address you submit. To access the summit you may need to click confirm in the email we send you.

By signing up for the Real Estate Masters Summit, you consent to receiving emails with event updates and tips. You can unsubscribe at any time.

Find out how to dramatically grow your business the easy way, from the leaders in real estate through a 7-Day Free Online Summit! Sign up for your free ticket here.

Note: Confirmation will be emailed to the address you submit. To access the summit you may need to click confirm in the email we send you.

By signing up for the Real Estate Masters Summit, you consent to receiving emails with event updates and tips. You can unsubscribe at any time.